Care: Feminism, art and ethics in neo-liberal times critically explores how care in its many forms represents an alternative ethics to neo-liberalism. In recent years, feminist critiques of neo-liberalism have argued for the concept of care as an alternative structuring principle for political systems in crisis and have proposed that the transformation of the existing capitalist order demands the abolition of the (gendered) hierarchy between ‘care’ — the activities of social reproduction that nurture individuals and sustain social bonds — and economic production. What would it mean to substitute care for economics as the central concern of politics? What would caring for democracy look like? And how can we cultivate new habits of care that allow us to take better care of one another, of ourselves and country?

What role do artists play in engaging with, interpreting, or enacting care in practices which might forge an alternative ethics in the age of neo-liberalism? And what might be revealed by applying a theoretical focus of care on recent art, which could include works of self-care, care for country and the environment, care for material culture and heritage, care for institutions and processes, as well as care for others? At the root of our exploration is a desire for an alternative ethics, that privileges trans-subjective relations predicated on attentiveness and tending, on spending time, on holding space.

Care will take an interdisciplinary approach through multiple perspectives, not only those of artists, art theorists and curators, but also from the many fields in which care is of central concern such as political science, philosophy, law and human rights, and health, providing opportunities to build cross-disciplinary links. The project will foreground Regional artists and communities in both Victoria and New South Wales, as well as forming partnerships with non-institutional venues and communities in Melbourne and Sydney

The project aims include a symposium, exhibitions and scholarly publication which will integrate knowledge produced through non-traditional research outputs. A literature review has been undertaken. The next stage in the research is to build and develop a CARE Network, enabling small group discussions, development of new networks, leading to the symposium in late 2019. 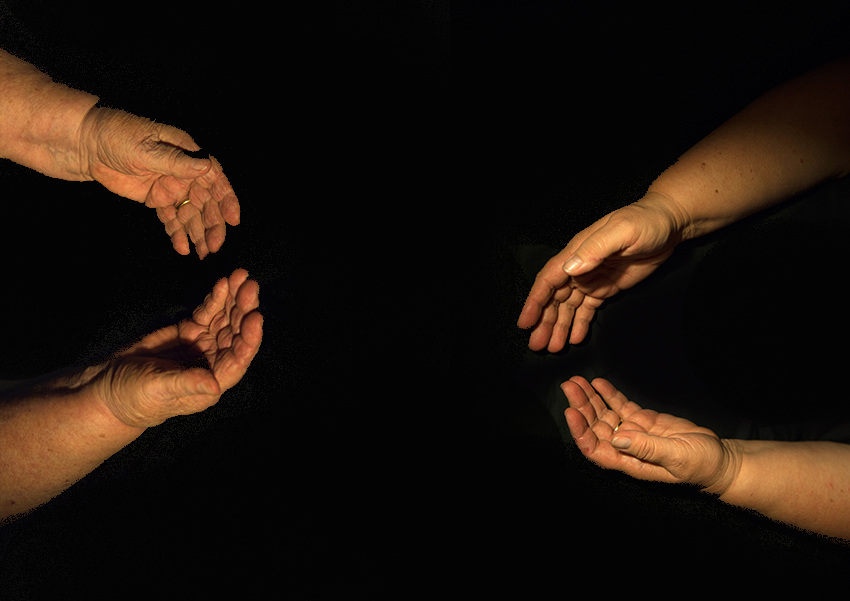 Creation of a Carer, digital photo, 2016 by Danica Knezevic

The Care Project extends the research activities of the research group Contemporary Art and Feminism (CAF) founded at the University of Sydney.

The research is hosted by La Trobe University and led by Assoc. Prof Jacqueline Millner, Deputy Head of School of Humanities and Social Sciences (partnerships and connectivity), with Research Assistants Barbara Campbell and Caroline Phillips.